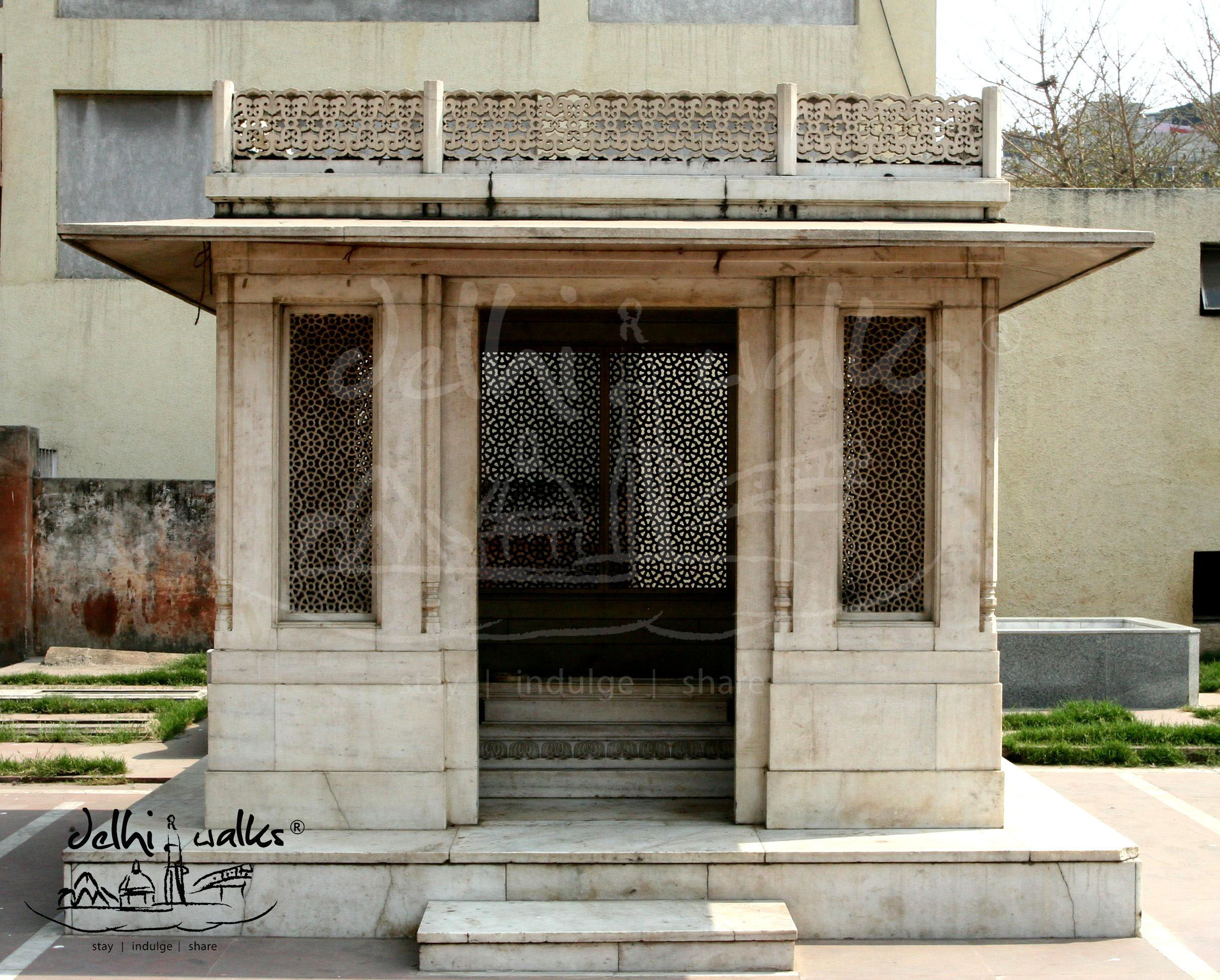 The Tomb of Mirza Ghalib is situated towards the northern end of the Chausath Khamba enclosures and very close to Hazrat Nizamuddin’s Shrine. Mirza Ghalib was a renowned Urdu as well as Persian Poet of his time who was born in 1797. He was a poet in the Imperial Courts of the Mughal Empire and a close friend of Emperor Bahadur Shah Zafar. He was also the Urdu and Persian Teacher of Bahadur Shah II. He is popularly known as the ‘Shakespeare of Urdu’ who wrote numerous Ghazals (Passionate and Musical Poems of Love normally written in the Urdu Language) and also famous for his quote which reads that Delhi is the Soul of the World.

Mirza Ghalib’s Tomb is small compared to the numerous royal tombs in Delhi which has been deemed as a protected monument by the Archaeological Survey of India. It is dressed with a structure made of marble and sits within a small courtyard enclosure which is kept under key and lock. The small Tomb area is also dotted with several other graves of persons unknown.

Mirza Ghalib was born in Kala Mahal, Agra into a family descended from Aibak Turks who moved to Samarkand (now in Uzbekistan) after the downfall of the Seljuk kings. His paternal grandfather, Mirza Qoqan Baig Khan, was a Saljuq Turk who had immigrated to India from Samarkand during the reign of Ahmad Shah (1748–54). He worked at Lahore, Delhi and Jaipur, was awarded the subdistrict of Pahasu (Bulandshahr, UP) and finally settled in Agra, UP, India. He had four sons and three daughters. Mirza Abdullah Baig Khan and Mirza Nasrullah Baig Khan were two of his sons.