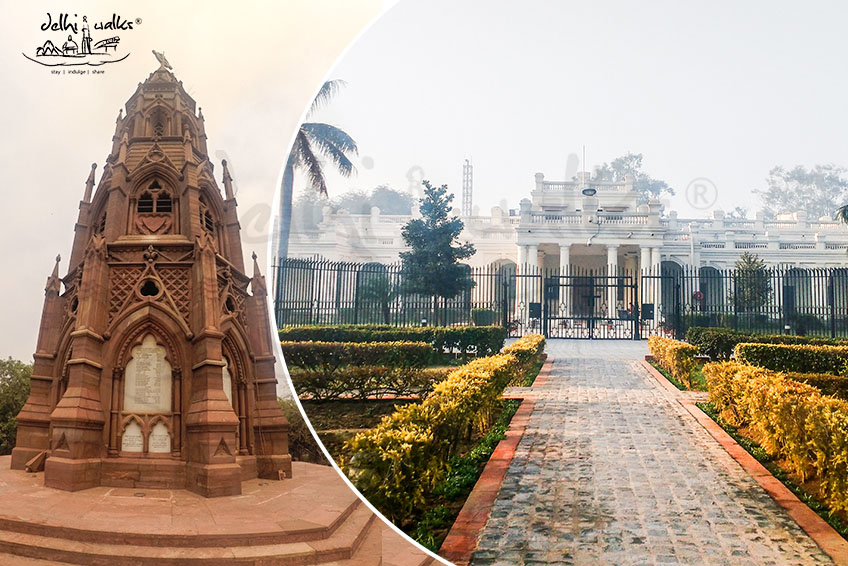 The Story of the Bloody Uprising of 1857

Bahadur Shah Zafar’s walled city of Shahjahanabad, was indeed a bubble of Mughal high culture and fine tradition, until the revolt of 1857 massacred the whole place, asked a meek King who enjoyed his wine and poetic evenings, to be the leader. As the British were busy exercising control, Zafar was immersed in coming up with perfect Urdu couplets. The Uprising of 1857, a war between the British teachers and their Indian students of the Army was a religious enigma. A walk through the Northern Ridge would make it come alive, the horrors of the mutiny, where the high caste Hindu soldiers started the war to restore the glory of a Muslim emperor by fighting against a Christian force, however the so-called Christian force were not all whites either: they were basically natives.

A walk through the Northern Ridge would take us through the Viceregal house, which is now in Delhi University, the power center till the Independence struggle, during the revolt. Taking a ride from there the Flagstaff tower from the main gate of Northern Ridge takes you through the haunting stories towards the Khooni Jheel, Tughlaq architecture which came into prominence due to its location in 1857. Further as we move forward, from the Northern ridge area, we come across the Mutiny Memorial a Gothic structure which was put up by British after crushing the 1857 uprising to show the strength and prowess of the new born Empire.

While the British were busy establishing a city to reflect their power over the later to be called the ‘jewel in the crown’, the earlier part of the Empire’s administration was done from the Walled city, as that was the seat of the power.

A walk around the precincts of the Walled City would showcase the mix of material cultures which are the remnants of our historical past.

When the abode of Godly city became a Mughal City!

The city of Dinpanah, was founded by Humayun, four years, after his father had founded the Empire. On the banks of the river Yamuna, the city was constructed unknowingly, that there was another ancient city which existed at the same area. It was called as ‘Indraprastha’ which translates as the ‘city of the God Indra’. While going through the fort complex, you get to witness the Mughal magnificence as well the remains of the ancient city scattered around, in the form of pottery and other materials. But one very significant thing which the fort city reflects is the material remains that have been left by Sher Shah Suri. An Afghan ruler who had overthrown Humayun, wreaked havoc in the Mughal city, built the new capital city called Sher Shahi, which is now known as Purana Qila. After successfully defeating Humayun in 1540, Suri demolished all that remained from the existing fort city of Dinpanah, re-used the materials from it, as well as from Feroz Shah Kotla and Siri, to make his new city SherGarh which translates as ‘the abode of Lions’. While the fort city was enclosed with three gates which were referred to as Bada Darwaza, Talaqi Darwaza and Humayun Darwaza, the outer walls, right in the front was demarcated with few more gates, such as the Lal Darwaza and the Kabuli Darwaza.
Humayun was often known in history as a moderate Mughal ruler between his charismatic father Babur and his legendary son Akbar. Humayun a superstitious man that he was, must have chosen the particular location of Indraprastha, not far from Nizamuddin Auliya’s shrine. It seems a little awkward that although the gates and outer wall can be proved to be of Humayun’s time, there is not a single other structure of his time.
The gates and the outer walls prove to be of Humayun’s time, but not more than this can be called as pertaining to Humayun’s time. A decent look inside the fort will reveal how scantily the monuments are scattered around the whole area. The main attractions of the whole place might be either the Sher Mandal, and The Qila-e-Kuhna Mosque. The exquisite design of the mosque can be credited to Sher shah, but it doesn’t look like Pathan architecture. A look at the octagonal dome makes it look more like a ‘Lodhi-era’ construction. However, the mosque is the best preserved part of the complex as its horse-shoe shaped doorways is one of the most beautiful example of symmetry, two on the left are ‘sawaal’ and two on the right are ‘jawaab’.

The Story of New Delhi

The story of the longest serving capital of India goes back to the British empire, when they wanted to add to the existing heritage, but also wanted to show their prowess by erecting some iconic monuments. But because of the lack of imagination, they named their city “New Delhi”.
The first foundation stone of New Delhi was laid by King George the Vth, the new emperor of India, after successfully crushing the revolt of 1857, and establishing the British Empire in India. For the longest time, the seat of British power was Calcutta, but when they experienced the bloody revolt from the Indians, their affirmations of the power could not stop them from acquiring the seat of power from Delhi. The architects chosen for this dream project of the British were Edward Lutyen’s and Herbert Baker.
On a December winter, during the Delhi Durbar, George V, along with Queen Mary, made an announcement that the capital of the British Raj would be shifted from Calcutta to Delhi, while the Viceroy’s residence was in the process of construction. Both Baker and Lutyens’ masters in their work, and excellent 20th century architects, wanted to replicate the colonial, vintage architecture, so that the Raj feels comfortable coming and settling in Oriental lands. The constructions in the city began after the First World War, but could only be completed by 1931. The initial planning consisted of the important residences, like the Secretariat buildings, the Viceroy’s residence, the India Gate which was made especially to welcome King George the Vth to his new territory which later would become the ‘Jewel in the Crown’.
These were initial places which were constructed. Later, both Baker and Lutyen’s started considering other places, in the vicinity of their city. Thus, was Delhi Town Planning Committee, set up to plan the city which would expand its tentacle’s till as far and wide. Thus the bungalows which expanded till present day Safdarjung Tomb till South are still in use by the prominent personalities of politics.
A glance through the wide roads, the roundabouts and the greenery around it, reflects why the architects chose to name it, what it was, in contrast to the existing seat of power.