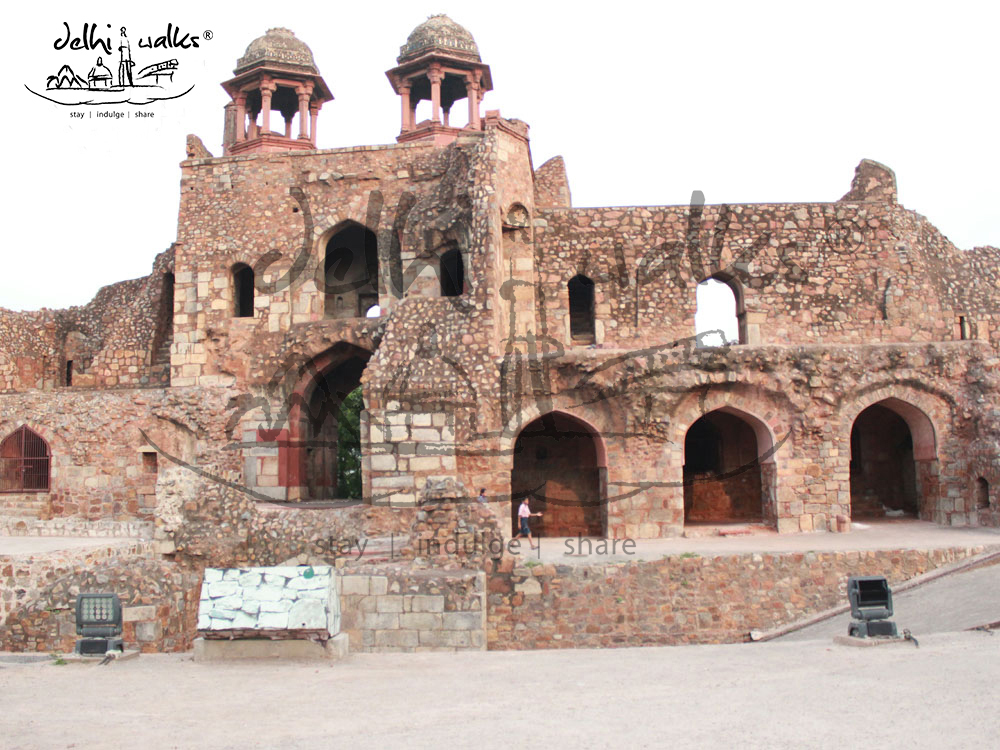 Refuge of the faithful

Purana Quila, the fort was built between 1538 and 1545 by the Mughal emperor Humanyun. The fort originally lay on the bank of the river Yamuna before the river changed its course. The Purana Quila was built by Humayun in an attempt to build a city of his own. But characteristically, the Old Fort did not bear the name of its creator unlike the other emperors erecting such structure. When Sher Shah defeated Humayun most of the structures inside the old fort were demolished and was renamed as ‘Shergarh’ . But once again as Humayun recaptured his city from Sher Shah’s son he took the task of completing the city and rebuilding its old glory.
The walls of Purana Quila have three gates (the Humayun Darwaza, Talaqi Darwaza and Bara Darwaza) and are surrounded by a moat, which was fed by river Yamuna. The double-storied gates of the Purana Quila are quite massive and are built with red sandstone. The walls of the old fort are said to be built by Humayun while the buildings in the old fort are attributed to Sher Shar, the Sur ruler. Of all the surviving buildings in the old fort complex, the Sher Mandal and the Quila-i-kunha Mosque are notable.
The Sher Mandal was built by Humayun. It is a two storied octagonal tower, used by Humayun as his library. The Quila-I-kunha Mosque is an example of Indo Islamic architecture. The unique features of Indo-Islamic architecture like molding, bracketed openings, marble inlay, carving etc are very prominent in the structure. The prayer hall of the Quila-i-Kunha mosque measures 51.20m by 14.90m and has five doorways with the ‘true’ horseshoe-shaped arches. The mehrabs (prayer niches) inside the Quila-i-Kunha mosque are richly ornamented with concentric arches. The mosque has an inscription which says ‘As long as there are people on this earth, may this edifice be frequented, and people be happy in it.’
Excavations have revealed that the Purana Quila or the old fort stands at the site of Indraprasta, the capital of the Pandavas. Excavations near the eastern wall of the fort show that the site had been occupied since 1000 B.C. The PGW (Painted Gray Pottery) recovered from the site date back to the Mahabharata period.