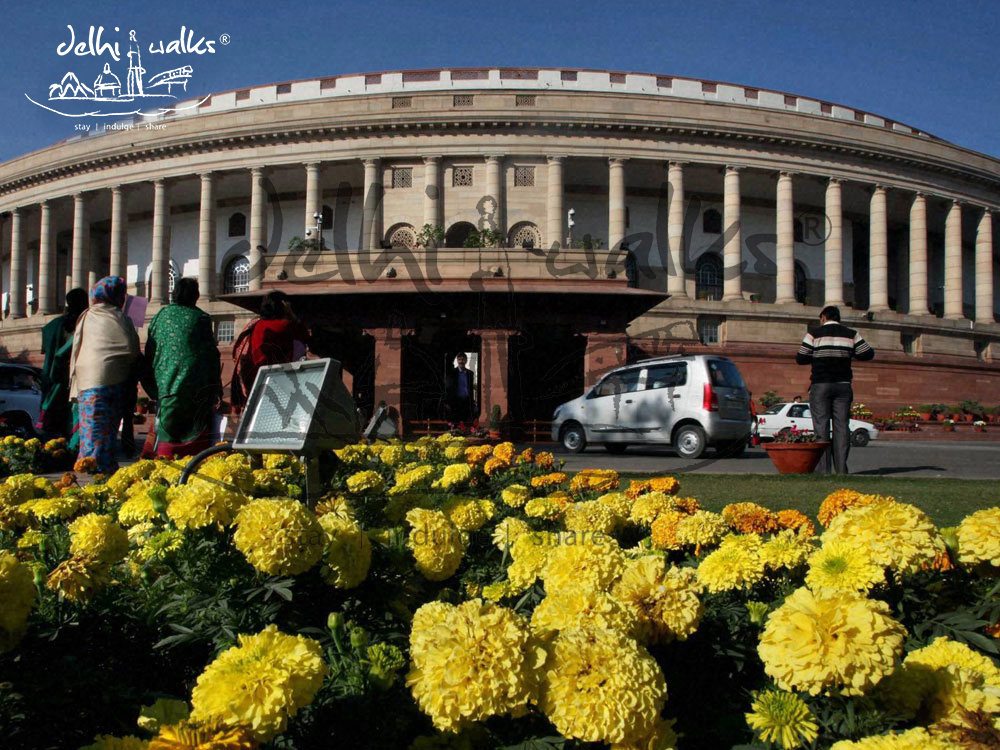 Located in the northwestern side of the Vijay Chowk the Parliament House is in the vicinity of the secretariat buildings. The building marks the strength and governance of the world’s largest democracy.
Initially it was planned to be a part of the Rashtrapati Bhawan, but in 1919 according to the Montague-Chelmsford reforms it was announced to be designed as the Indian parliament. The Duke of Connaught laid its foundation in 1921 and the building was inaugurated in 1927 by Lord and Lady Irwin. The Parliament was designed by famous architect Herbert Baker and also previously it was known as Circular House.
The Parliament House of India has a central hall topped with a domed structure and three semi circular chambers. These chambers were initially assigned to house the council of state, legislative assembly and the chamber of princes. However, the Parliament House now accommodates the ‘ Lok Sabha’ or the Lower House of the Parliament and the ‘ Rajya Sabha’ or the Upper House of the Parliament and a library.
The three circular chambers are guarded by a string of 144 columns that adds to the extravaganza of the building’s beauty. The Parliament House is flanked by beautiful gardens and fountains which enhances the glory of the building.