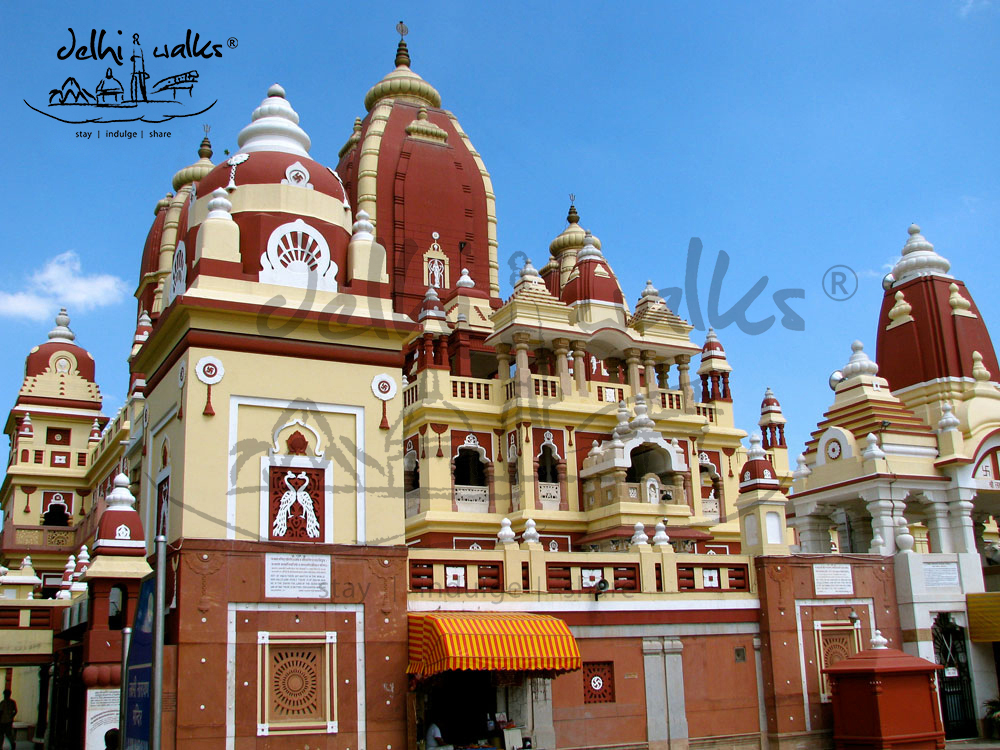 Also known by the name of Birla Mandir of New Delhi, this temple has quite an interesting history attached to it. Built over a period of 6 years, the temple was inaugurated by Mahatma Gandhi. But, he kept a condition that he will inaugurate the Delhi Laxmi Narain Temple only if the people from all castes, especially untouchables, would be able to gain entry inside it. The temple constitutes of one of the major draws of the city and is visited by numerous devotees and international tourists every year.

Lakshmi Narayan Mandir is built magnificently, although with a modern touch. Adorning the interiors of the temples are beautiful carvings depicting the scenes from mythology. Numerous Hindu symbols and quotes from the Gita and the Upanishads ornament the temple walls. The highest Shikara (tower) in the temple soars to an altitude of 165 ft, while the ancillary one is about 116 ft. Facing east and standing on an elevated platform, Birla Mandir of Delhi also enshrines the holy Vedas. The main shrine is dedicated to Lord Narayan and Goddess Lakshmi, while the smaller ones are of Lord Shiva, Lord Ganesha and Lord Hanuman and Goddess Durga.

The three-storied temple is built in Nagara style of hindu temple architecture. Hundread of skilled craftsman from Benares headed by Acharya Vishvanath Shastri carved the idols of the temple. The idols of the temple were made by marble brought from Jaipur. Kota stone from Makarana, Agra, Kota and Jaisalmer were used in the construction of temple premises. The main temple houses idols of goddess Lakshmi and lord Narayan. Birla Temple attracts thousands of devotees on the hindu festivals of Janmasthtami and Diwali.