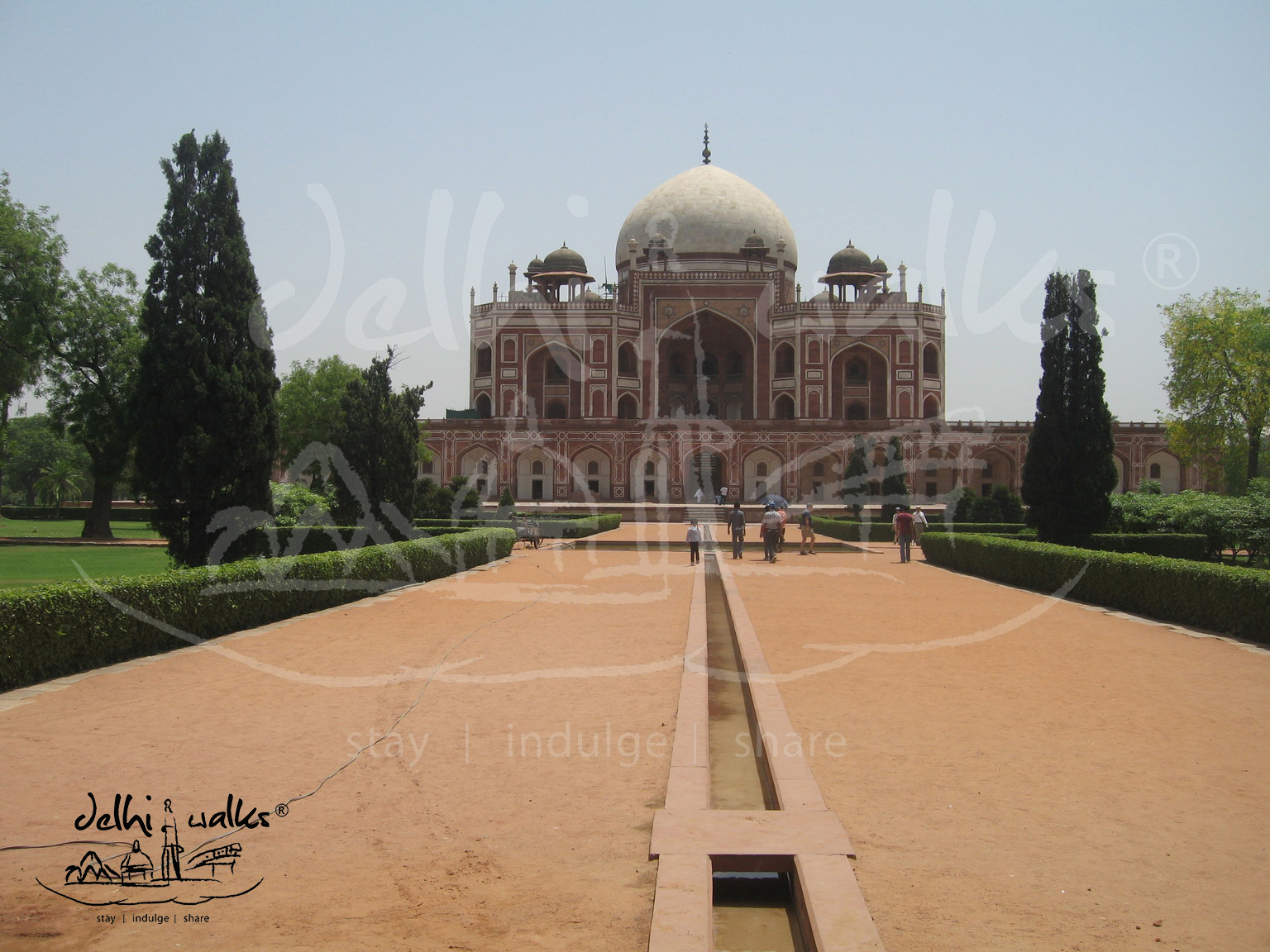 Humayun’s tomb is the tomb of the Mughal Emperor Humayun in Delhi, India. The tomb was commissioned by Humayun’s first wife Bega Begum in 1569-70, and designed by Mirak Mirza Ghiyas, a Persian architect chosen by Bega Begum. It was the first garden-tomb on the Indian subcontinent, and is located in Nizamuddin East, Delhi, India, close to the Dina-panah citadel also known as Purana Qila (Old Fort), that Humayun founded in 1533.

The high rubble built enclosure is entered through two lofty double-storied gateways on the west and south, 16 metres high with rooms on either side of the passage and small courtyards on the upper floors. Six-sided stars that adorn the main gateway on the west are also seen on the high arc of the main tomb structure, though it has been used as ornamental cosmic symbol. Inspired by Persian architecture the double or ‘double-layered’ dome, has its the outer layer which supports the white marble exterior, while the inner part gives shape to the cavernous interior volume.

After his death on 20 January 1556, Humayun’s body was first buried in his palace in Purana Quila at Delhi. Thereafter it was taken to Sirhind, in Punjab by Khanjar Beg, because it was feared that Hindu king Hemu, who had defeated Mughal forces in Agra and Delhi in Oct. 1556 and captured Purana Quila, will damage the tomb. In 1558, it was seen by his son, the then Mughal Emperor, Akbar. Akbar subsequently visited the tomb when it was about to be completed in 1571.

Besides the main tomb enclosure of Humayun, several smaller monuments dot the pathway leading up to it, from the main entrance in the West, including one that even pre-dates the main tomb itself, by twenty years; it is the tomb complex of Isa Khan Niyazi, an Afghan noble in Sher Shah Suri’s court of the Suri dynasty, who fought against the Mughals, constructed in 1547 CE.